Scouts is the third section in the scouting family and is for boys and girls aged 10-14. It comes after cubs and before Explorers.

Our scouts meet as two separate troops at the Group HQ.  Both troops meet between 7:30 and 9.  “Wildcat” troop meet on a Wednesday, “Raptor” troop on a Thursday.

Plus of course both troops have plenty of weekend camps and trips out mostly together. Recent trips have included white water canoeing, a weekend climbing in the Peak District and mountain biking in Thetford Forest.

A typical evening could include anything from wide games to cook offs to falconry to first aid training. Having once even run a fashion show there’s not much we won’t have a try at!

Here are some of the things we’ve done recently:

Head for the Hills! 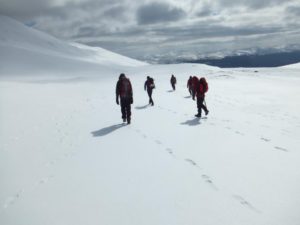 We have been offered a limited number of places on the Initial Mountaineering Course run by Hertfordshire Scouts at their mountaineering centre at Lochearnhead in Perthshire. This is for scouts who will be aged 13+ at Easter and Young Leaders.

The content of the course will cover planning/safety, navigation and wild country camping.  Snow permitting we will practise the use of ice axes too.

Anyone that wants to take part should contact Graham as soon as possible.

Posted by Graham on December 1, 2013 in Scouts News

A cracking week and huge thanks to everyone in Cornwall for making it happen!